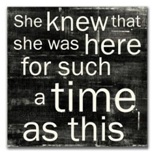 It was Friday after Goldie, my Maine Coon of 13 years, had to be put down because of a brain tumor. My other cat, Meep, seemed to feel as out of sorts as I did. Our constant companion was gone. What were we supposed to do now? I decided that both of us needed a distraction, so I began looking for a kitten to keep Meep company and as a playmate for her abundance of energy. I was looking at shelters online and was about to schedule an appointment to meet a calico kitten when my sister texted me a photo. It was a calico kitten she had 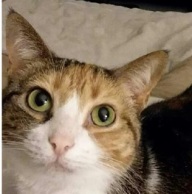 just found abandoned in a parking lot, begging for help. She didn’t want another cat, and she knew I was looking for one. I made arrangements to get the kitten the next day. After a little hissing, the two became like sisters, which means when they weren’t being loving they were fighting, but they always made up. Sassy, as I named her, was just what we both needed. What I found most interesting was that my sister’s husband had found Goldie in that same parking lot almost exactly 13 years earlier. It was meant to be.

In the book of Esther, we find a young girl chosen against her will to become part of an elaborate beauty pageant, where the winner becomes queen. When Esther is chosen above all the women to be the King’s favorite, she has no real recourse but to accept. When a plot to wipe out the Jewish people is brought to light, Mordecai tells Esther that she has been made queen in order to save her people from destruction. God orchestrated events so that she would be in a position to make a difference at just the right time. This is a larger than life example of God at work in the universe, but I think God also works in the small things as well.

An article I came across tells the story of a dental group in Montana that accidentally ordered an entire container of masks not realizing just how many masks that would turn out to be. So, they were sitting on an excess of 700,000 masks when the pandemic broke out. They were able to share with local hospitals that were dangerously close to running out. A “mistake” led to a much needed supply at the perfect time.

Some crafty friends of mine were looking for ways to help while they shelter at home and started making masks from fabric to help. Many of them have stashes of material from doing quilting and sewing for years. God brought it to my remembrance that I had a small stash of cotton fabrics leftover from decorations at a birthday party. I had kept them with the idea of making doll quilts but never gotten around to it. I pulled the stash and donated it to the group along with another cutting of muslin and some elastic that I hadn’t used. My stash was there for such a time as this.

We may not be chosen as queen so that we can save an entire ethnic group from being wiped out, but we might just have something, like a stash or a skill, that can be used to help others. Take a look around and see what God has given you for such a time as this.

For if thou altogether holdest thy peace at this time, then shall there enlargement and deliverance arise to the Jews from another place; but thou and thy father’s house shall be destroyed: and who knoweth whether thou art come to the kingdom for such a time as this? (Esther 4:14)

One thought on “A Time Such as This”